I’ve been running myself down a dark little tunnel in my training lately.

I’ve got the shinsa shakes.

“Shinsa” are tests in kyudo, and when you’ve got one coming up, it’s going to start messing with your brain sometime. Some people get them on test day. Some a week earlier. Some maybe midway through the test.

I can just imagine someone standing up just before they make their shot, realize all of the judges are sitting right in front of them staring at them, and say, “Holy crap, this is happening right now!”

For me I got the shakes about 5 weeks before the actual test, and I’ve got two weeks left until the day. Which I’d say is pretty long. Perhaps the time gets longer as the stakes get higher. I’m planning to move back home in the near future, and this may be my last chance at 6-dan before heading home. This means I only have two arrows to try my chance at this goal of mine. I’ll probably still be a number which puts me at the very beginning in the first sitting (No. 1, No. 2, or maaaaybe No. 3 or No. 4, I assume), which means if I don’t hit both arrows, then there’s no chance at passing.

I can only imagine the kind of stress that goes with taking tests from abroad. Taking time off work, spending hundreds or thousands of dollars, being jet-lagged, shooting in an environment completely different from one’s own, in a whole different country. Shooting your best under such conditions is really something special.

There may be a lot of different things that come up with the shinsa shakes, but I would bet the number one topic that comes up for everyone is …

“Don’t worry, you’ll pass if you just hit the target.”

This is one thing you’ll often hear from other training partners. I think it’s meant to help you relax and stop worrying about all the little things you can worry about. Or maybe they really mean it, and that you’re shooting is good enough just the way it is at this level, and all you need to do is do your best shot and hit the target. Surely everyone has the capability of doing this, be you ikkyu or hanshi.

But that’s just another piece of poison that can mess with your brain.

“Maybe they’re right. All I have to do is hit the target and I’ll pass.”

And so you start either trying too hard to hit the target, throwing off your form and making it even harder to hit the target. Or you let up all your energy and don’t put enough effort into your shooting.

So what should we do?!

What is the best way to prepare yourself mentally and physically for a test?

What is the best way to train?

I’ve been thinking about this a lot lately. And you know what？

It’s different for everybody.

And what works for you will continue to change with your experience and progress.

Because you’re a living being! And change is the only constant.

But here I’d like to finally start talking about what I set out to talk about, and that is the importance of hitting the target in kyudo, and finding a practice that includes this without focusing only on hitting the target.

So, my reaction to all these shinsa shakes has been extremist. Since 5 weeks before the test, I decided I was only going to practice zassha (ritual test-style shooting that takes a lot longer than normal shooting practice) with the kimono, and shoot at the makiwara (practice hay bail).

My reason for this was to get my body so used to the movements and kimono and shinsa atmosphere, so that when the day came for the test, the only shooting I would know would be that of the shinsa atmosphere and I could shoot my best arrows without any question. I also thought that by doing such a practice would allow me to put my entire focus into each arrow … since each one took so long to shoot, and the mental stakes of a shinsa are so high. With the makiwara, I could make sure that my shooting form was as close to perfect as I could tell with my own eyes.

My very first teacher told me to do only zassha shooting for the week before the test when I first started. At that time I thought it was overkill, but I’ve kept with that tradition since then and I think it’s helped me immensely. This is the first time I’ve extended that time, and perhaps I’ve gone overboard … way overboard.

I’ve been doing this for 3 weeks now, and sure there are lots of benefits, but you know what?

I’m getting farther and farther away from hitting the target.

When missing, I don’t curse myself, and instead move on to the next shot anew. This is also good mental practice. But yesterday I thought,

“I hit the target so infrequently now … and I don’t feel like I’m getting any closer. In fact, I think I’m getting worse!”

I’ve had good intentions, but maybe I’m really sabotaging myself!

What is happening is that I’m just hoping that my hard work pays off and I will naturally hit the target when the time comes. It’s all “hoping” and “praying.” It’s putting me in a position of weakness, when what I really need is one of confidence. I need to go into the test with the confidence that I can hit both arrows in the target.

For a while now I’ve really been thinking a lot about the importance of taihai (all of the movements other than shooting like walking, standing, sitting, etc) and how they must be done to the best of your ability every time in order to help your shooting and art. I’ve thought a lot about the mental strength to not worry about hitting the target and always remaining relaxed, unaffected by the temptations around. I’ve thought about making the best of our shooting, and trying to fix our bad habits instead of just forgetting about it all and caring only about hitting the target.

But what about hitting the target?

Achieving the goal of what you set out to do?

This is one of the greatest qualities of kyudo, and what makes it so simple. You shoot the bow at a target for the purpose of hitting the target.

I’ve completely forgotten about this, and if I don’t change my ways soon, I’m going to have a head full of fluffy ideals, and no arm to back it up.

I read something that really hit me lately that talked about “shinki no hataraki” (心気の働き), which could be translated as “the working of the heart/mind/spirit.”

It talked about the importance of getting used to 4 different aspects in our kyudo practice:

1.) Getting used to the gear (strength of the bow, flight of the arrows, our kake [glove that we wear on our right hands])

2.) Getting used to the target (all the different targets used like the normal 36cm target, large enteki target, small hassun target, etc)

3.) Getting used to the place (the atmosphere of the dojo or other places where you shoot, etc)

We can do all our best to work on our taihai, and seek perfect form, but if we don’t make a connection with the target, then how can we possibly expect to hit the mark?

For me, the the target has become a complete stranger.

No matter how perfect our form may seem, or how enlightened we may think we are, we’ll have little connection with the target unless we spend more time with it.

In the end, it’s a game of balance and change. For me right now, I’ve gone way too far in one direction, and it’s time to come back to the center, by walking towards a practice that involves the target a little more.

In case any of you readers are feeling the same, then maybe it’s time to start getting back to the target and finding out what we originally set out to do.

Get some spice back into the training.

Get a little grit.

Take the power back into your own hands.

Stop caring what everyone else thinks.

Get stronger. Get better. Get to be best friends with the target.

A wise warrior once said, “Pray to the gods, but don’t rely on them.”

2 thoughts on “Hitting the Target” 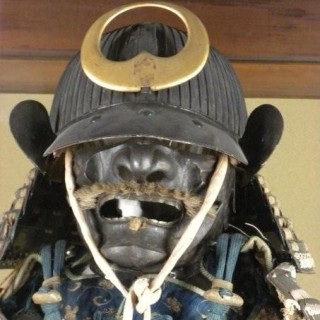 Be not Defeated by the Rain
Bujutsu: the Path
Notes from the 'Nog
Mu